In all my years of making lunch, the menu has been varied. There were the early years when we had no kiddos and both worked. I made a lot of sandwiches and discovered that I could make subs that were almost as good as store bought. Slowly those lunches transitioned into the kid years and became characterized by snack plates. Mostly they included raw veggies, cheese and apple slices. Peanut butter roll ups were a big hit too where you lay a peeled banana on a peanut buttered slice of bread, rolled it up, and cut it into little circles. Soup became a staple as the kids grew older. If I topped it off with homemade bread we could fill a lot of hungry mouths in a hurry. Some years, especially when I had five hungry boys at the table, it was hard to make enough.

We are a smaller family now. Lunch usually consists of...ugh....dare I say it? Leftovers. Fried potatoes from the night before, cold ham on bread, warmed up pots of things that I don't want to just throw away.

Some days though, leftovers are a good thing. Today we had warmed up lasagna and it was so yummy! 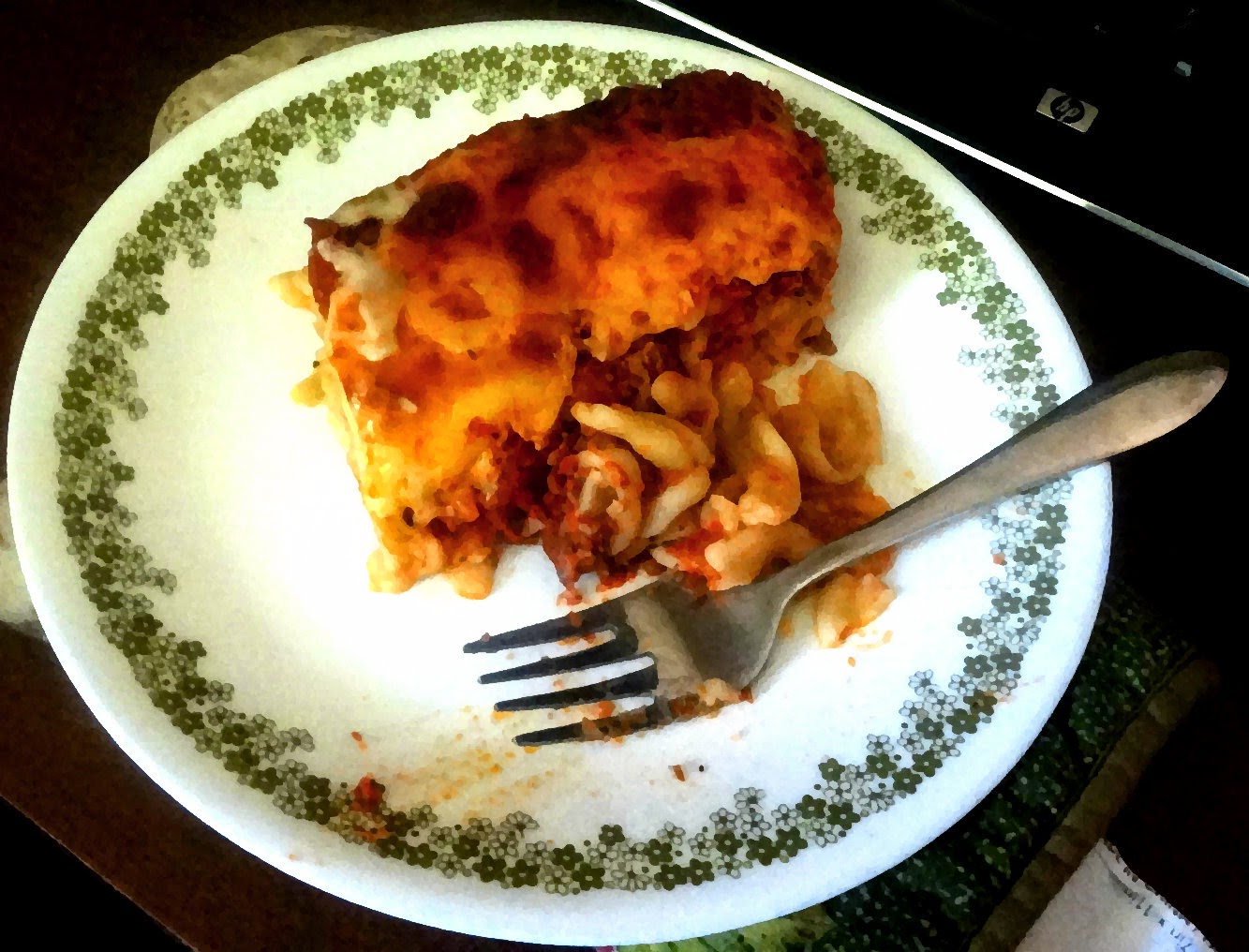